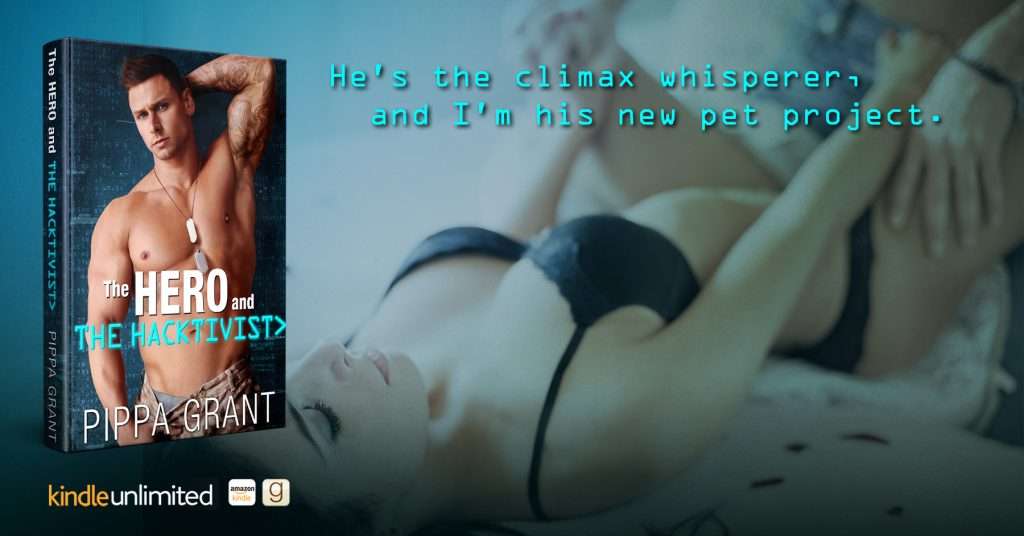 The Hero and the Hacktivist is Live!

Title: The Hero and the Hacktivist
Author: Pippa Grant
Genre: Sexy Romantic Comedy
Release Date: November 9, 2018
Blurb
A SEAL /
Best Friend’s Brother / Robin Hood in Cyberspace Romantic Comedy
For
anyone who’s ever been on the receiving end of an unsolicited dick pic…
He has the
muscles of Adonis, an ego bigger than the sun, and a very clear desire to get
back in my pants. Which would be fantastic if he weren’t a SEAL and I
wasn’t a criminal.
Although, I
prefer the term avenger.
I’m a
hacktivist, cleaning up the cesspool of cyberspace one scam artist and troll at
a time, and I sometimes bend a few rules to get justice done.
He’s a
military man with abs of glory, sworn to uphold the letter of the law no matter
its shortcomings. And if he’d known who—or what—I was, I doubt he would’ve
banged me at my best friend’s wedding reception.
Or come
back for more.
Which is
why he’s now the only thing standing between me and one very pissed off
internet troll who’s figured out where I live.
I’m pretty
sure he’ll get me out of this alive—and quite satisfied, thank you very
much—but I’m also pretty sure this mission will end with me in handcuffs.
And not the
good kind of handcuffs.
The Hero
and the Hacktivist is a romping fun romance between a SEAL and a twisted hacker
by day, drummer by night, complete with epic klutziness, terrible leg warmers,
and an even worse phone virus gone wrong. This romantic comedy stands alone
with no cheating or cliffhangers and ends with a fabulously fun happily ever
after.

Author Bio
Pippa Grant is a stay-at-home mom and housewife who loves to
escape into sexy, funny stories way more than she likes perpetually cleaning
toothpaste out of sinks and off toilet handles. When she’s not reading,
writing, sleeping, or trying to prepare her adorable demon spawn to be
productive members of society, she’s fantasizing about chocolate chip cookies. 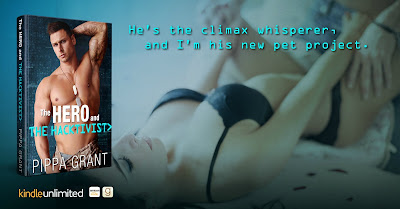